Micron has been notified by the operator that, "Interpretation of the seismic data, core hole data and log data has confirmed our initial evaluation of the data on the Leismer Prospect. With further drilling there may be more than one potential SAGD oil sand pod on the property. Based on our oil sands model it appears that the formation is similar to the Petrobank channel directly to the SE of our property. Based on this data, the thickness of the McMurray Oil Sands Formation could be 22 metres (72 feet)." A more intense work program is now being formulated with the ultimate goal of going into production on this prospect in the near future. This prospect lies directly between Petrobank and North American Oil Sands. Petrobank has stated a potential resource of 1.6 billion barrels and North American Oil Sands with a stated 4.09 billion potential barrels in ground


Bernard McDougall, Micron's president stated, "This is very significant news for Micron. Based on this data management is very optimistic that this Oil Sands prospect could ultimately be put into production or even be sold to a larger company. It is extremely exciting for a company of Micron's minimal market capitalization to potentially have production from the Oil Sands. When you couple this great news with the fact that Micron has increased its net Oil Sands acreage by approximately 45 times over the past six weeks, management feels that the company's growth may not be reflected in the current share price. At this time, Micron is one of, if not the smallest, market capitalized company with multiple leases (seven) and now has positive operations underway in this world-class oil and gas producing region. This is quite an enviable position for a company of Micron's modest market capitalization, and therefore Micron offers tremendous leverage to one of the world's largest oil resources. Some junior companies such as Canwest Petroleum, now BQI on the AMEX (went from under $0.10 to over $8.90 based primarily on oil sands assets) have achieved tremendous growth via the Oil Sands. A recent third party independent report stated that there is potentially $3.7 billion (gross) worth of oil reserves on the total acreage that which Micron has an interest. This number does not reflect the new data from the Leismer Prospect or the massive increase in net acreage acquired over the past six weeks. Once an updated reserve report is completed our assets in ground should increase substantially. These are clearly the most exciting times for Micron and 2007 is shaping up to be a break-out year for the Company 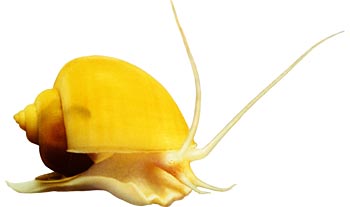